The Unicornmaths Studio is run by Sarah Wedderburn and four dyscalculia specialists and provides a high level of learning support and mathematical expertise. Pupils with maths difficulties are taught on a one-to-one basis so that lessons are tailor-made for each individual child. Tutors work to boost their pupils’ confidence and extend their knowledge, understanding and enjoyment of maths.

Sarah Wedderburn originally qualified as a primary school teacher and taught in a mainstream school. She gained an RSA Diploma in Special Needs from The Hornsby Dyslexia Centre in 1997 and continued to work there as a tutor and lecturer at the same time as teaching in the special needs department at The Roche School in Wandsworth. She founded Unicornmaths in 2003 and also wrote and presented the British Dyslexia Association’s first accredited maths remediation training course. Sarah currently teaches at the Unicornmaths Studio, is the writer and presenter of two maths remediation training courses for teachers and TAs, and the author of the ebook ‘Prepare Your Child for Success with Maths’.

Susan Bennett holds a BSc and an MA in Physics. Prior to teaching she was a director of a company which specialised in computer training and conferences. She qualified as a Secondary School Maths teacher in 2004 and taught maths full time at Burntwood School in Earlsfield for ten years. Her eldest son has cerebral palsy which has given her valuable insight into children with learning difficulties. Sue joined the Unicornmaths Studio in September 2008.

Carolyn Green has taught in schools in four different countries for over twenty years. In 2008 she became a specialist teacher of children with specific learning difficulties and worked as a SENCo in a London primary school for seven years. In 2014 she took further training to teach children with mathematical difficulties. Carolyn has an Assessment Practicing Certificate to assess and diagnose Specific Learning Difficulties. She works in the Disabilities and Dyslexia Services Department at Roehampton University as well as at the Unicornmaths Studio.

Olivia Hill was a BBC TV Producer until 1993 when her son was diagnosed with High Functioning Autism. She then ran an ABA programme for him for two years, transferring it with him to his primary school – The Roche School in Wandsworth. She stayed as his Learning Support Assistant for four years before training as a Dyscalculia specialist. Olivia works in the Learning Support unit at the Roche School as well as teaching at the Unicornmaths Studio. 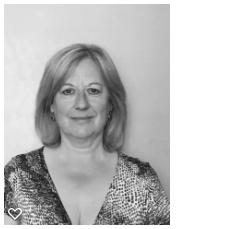 Anna Woloshyn worked initially in IT Recruitment and Sales before qualifying as an EFL teacher in 1990. She has worked as an English teacher to both adults and children for twenty five years. When her youngest son was diagnosed with Asperger’s Syndrome, and its associated learning and processing difficulties, she concentrated her attention on teaching both numeracy and literacy to younger pupils. Anna has a BA in Russian Studies and Comparative Literature and joined the Unicornmaths Studio in 2018.